Will the Green Roof Initiative Take Development out of Denver?

In light of the recent Initiative 300 for green roofs in the City of Denver, many people are worried that it will scare developers away from the area. But are these kinds of mandates really bad for the economy or developers? We take a look at the some of the reason why we don’t think so.

It’s a common complaint among native Denver residents, and it’s true. More people have been moving to the Denver area in the past few years, and at an alarming rate. And although some data shows that many locals are leaving because of rising housing costs and traffic, we still see more people coming than going. Between 2014 and 2015 nearly 101,000 people moved to Colorado (1).These people have to live, work, and shop somewhere. And these number don’t account for those who moved here to start families. More children mean more schools, recreation facilities, and day care centers. In 2016, Colorado was the 7th fastest growing state in the country (1).

Denver also ranked #2 in a recent study by WalletHub as one of the most attractive states for employment, and ranked the #1 state for job opportunities (3).

We’ve outlined some of the private benefits to building green roofs in a previous article, so we know that they have a great return on investment for developers. We’ve also mentioned that they save the residents money in energy costs in both the summer and winter. Making large multi-family buildings more affordable on a monthly basis can make the development more attractive to those looking for the perfect place to live.

The Colorado Commercial Property Assessed Clean Energy (C-PACE) Program enables owners and developers of commercial buildings to finance up to 100% of energy efficiency, renewable energy, and water conservation eligible improvements. The rates are extremely competitive compared to a financial institution, and is facilitated through the County property tax assessment process. The program allows projects to move forward with no upfront capital and the energy savings often out way the costs of repayment, making it a very attractive means of financing a green roof or solar project. (2)

Denver is Not the First

Denver is one of many cities globally that has a mandate or bylaw for green roofs and green building practices, including Toronto, Paris, London, New York, and San Francisco. There is no evidence that development is hurt, or even hindered, in these cities due to their green roof policies. But many cities (such as Toronto) have seen economic advantages that we do know of, such as job creation and green building industry growth. Not to mention the economic impact of reducing stormwater runoff or energy consumption (4). Denver’s heat island effect is the third largest in the country, making this mandate a necessary step to reduce an already alarming problem.

It is not in the best interest of developers to leave a community that promises growth and whose policy goals align with making it a more attractive place to live. Green design is something that developers and building owners can make a significant amount of money on, and the pipeline of potential growth doesn’t seem to be stopping anytime soon. 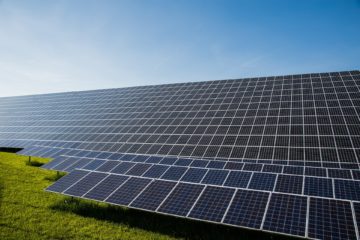