Here in sunny Colorado, solar energy can seem like a no-brainer. I mean all that free energy just coming down from the sky to some is too good to be true. But then you see the cost of designing, installing, permitting, and everything else that needs to be done upfront, and reality sets in. Sure you’ll save in the long run, but where will you find the capital to get started? Enter the (somewhat) magical world of Power Purchasing Agreements. No upfront costs, all the savings. But what are they and how do they work?

What is a Power Purchasing Agreement?

If your a building owner, and you want to save money on your energy bill (and comply with Denver’s new Green Building Law) you might consider opting into a Power Purchasing Agreement (PPA). A PPA is a contractual agreement where a developer will invest in the planning and infrastructure of a solar power array on someone’s property, and then charge the building owner for the electricity produced by the solar panels. This rate is often much less than the local energy rate one might pay without the solar power, so building owners can save money on their electric bill without having to invest in the upfront costs associated with renewable energy. Likewise, the developer will invest in the upfront costs, but make a profit over time by charging for the energy produced throughout the life of the solar panels. Developers also cash in on the tax savings and incentives that come with renewable energy, since they are the primary purchasers of the system.

Typically the rate charged for the energy produced is a fixed rate, so building owners also lock in a good deal on energy for as long as the agreement lasts. PPA’s can last anywhere from 10-25 years, so locking in a rate long-term can give you substantial savings over time. In addition, maintenance and upkeep are often the responsibility of the developer, not the building owner, and is included in the price of the agreement. Maintenance and repairs are often a cost not considered when purchasing renewable energy, so this takes a lot of guesswork and risk out of the equation.

Many times Power Purchasing Agreements (PPA) and Power Leasing Agreements (PLA) are used interchangeably, but there is a distinct difference. A Power Leasing Agreement is a contract where a building owner leases the solar array system at a fixed monthly rate, much like one would lease a vehicle, for a fixed term. The rate is often determined by how much energy the system is predicted to produce over the lifespan of the contract. Like with a PPA, the provider of the system is responsible for the maintenance and upkeep of the solar panels throughout the lease term. This option gives building owners the knowledge that they will offset their energy use considerably and only pay a fixed monthly bill for the savings.

If you’re interested in seeing what some of these contracts look like, the Solar Energy Industry Association (SEIA) has a lot of information on their website. Either way, building owners save, and solar companies can offer energy production at a low cost with little to no effort. And we think that is pretty magical!

Howdy! Quick question that’s completely off topic. Do you know how to make your site mobile friendly?
My web site looks weird when viewing from my iphone.
I’m trying to find a theme or plugin that might be able to correct
this issue. If you have any recommendations, please share.

Hello! For us, we created our site through WordPress and the templates they have are usually mobile friendly. If you are not using WordPress or looking for other tips, just found this information that may be helpful: https://www.link-assistant.com/news/mobile-seo.html. Have a lovely day.

you’re in point of fact a just right webmaster.

The website loading pace is incredible. It kind of feels that you’re doing any distinctive trick.
In addition, The contents are masterpiece. you’ve done a fantastic task in this matter!

It’s impressive that you are getting ideas from this article
as well as from our dialogue made at this time.

wonderful submit, very informative. I wonder why the other experts of this sector don’t realize this.
You must continue your writing. I am sure, you’ve a huge readers’ base already!

Thank you for the response and for reading

Hi, always i used to check website posts here in the early hours in the morning, since i love to learn more and more. Cami Neville Tada

My brother suggested I may like this blog. He was once totally right. Leese Alistair Elboa

Thank you for reading and glad you enjoyed.

Appreciating the tenacity you pput with your blog page and dwtailed information an individual provide. Muire Gregor Artina 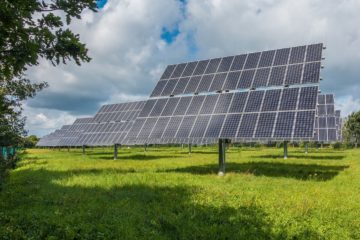 Green roofs are slowing taking over, with benefits ranging from better stormwater management to energy efficiency. And although the market and technology has fluctuated over the last decade, solar energy has become increasingly cheaper and Read more… 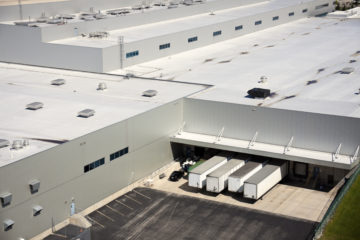 Which is Cooler? White Roofs vs. Green Roofs

We are all about Green Roofs here at Sow Green, but there are other methods to make the space above our heads more energy efficient. There are white roofs (also called “cool” roofs), and they Read more…